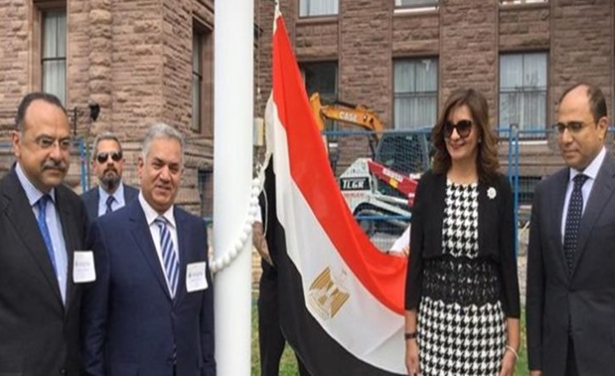 We are honored to inform you that the Minister of Immigration and Egyptian Expatriates’ Affairs, Nabila Makram, declared July the Egyptian heritage month in Canada during her visit to Toronto on July 21, 2019. Declaring a month for Egyptian civilization and heritage in Canada has come as a result of the efforts of MP Sherif Sabawy, a member of the Provincial Parliament of Ontario for Mississauga-Erin Mills. Sabawy has introduced a bill, to the legislature to recognize July as the Egyptian Heritage Month. This decision enables the Egyptian Community to officially praise their homeland and is an extension of the celebration of the glorious July Revolution that commemorates Egypt’s Conversion to an independent republic. The Egyptian flag was raised outside the building of the Legislative Assembly of Ontario in Canada on July 21 for the first time as a celebration of this proclaim. As of July 2019, this decision will be applied in all Canada’s cities.